How To Save For Travel 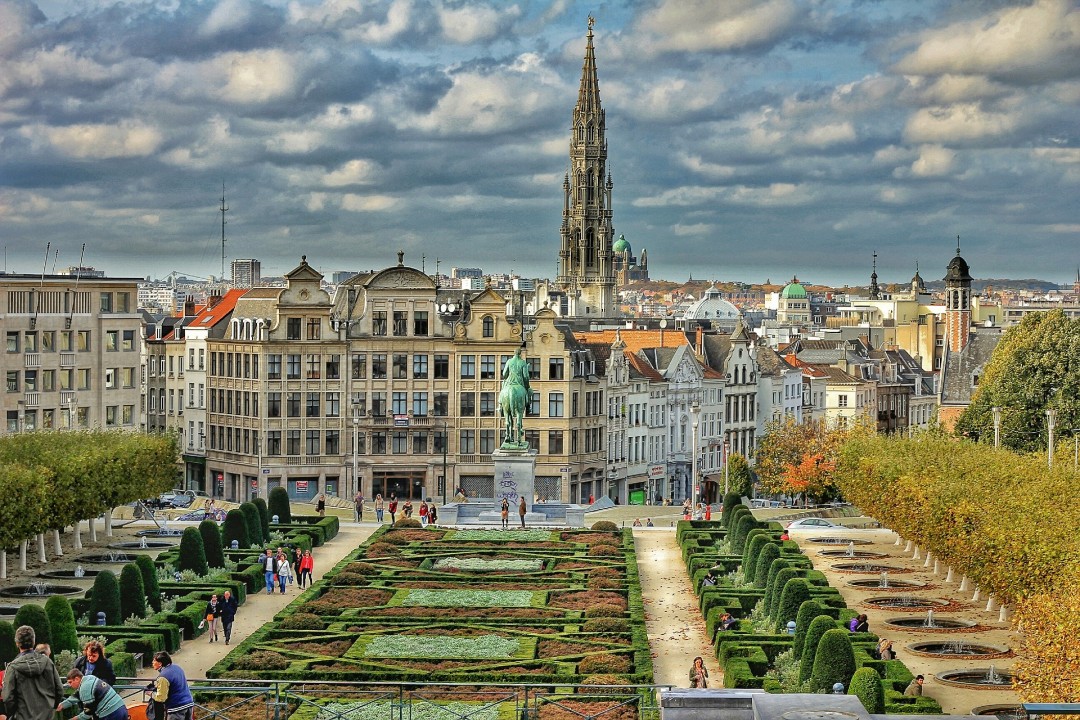 Last Tuesday I was in a taxi in Lisbon, on my way to Santa Apolonia train station to catch a train to Porto, when my friend looked at her phone and said “Oh no, a terrorist attack in Brussels. So far at least 30 dead. The airport and a metro station were bombed.” I felt the familiar pit of sadness begin to grow in my stomach. Within a few hours, I received a dozen texts and Facebook messages from concerned family and friends, telling me to be safe. Within a few more hours, I saw that the U.S. Department of State had issued a travel alert for all of Europe due to the possibility of more terrorist attacks across the EU. I read a lot of chatter on the internet about whether people should cancel their trips to Europe or return home early.

But that thought never crossed my mind. Not even for a second. In fact, just the opposite; I gave my silent condolences to the victims of the attacks and their families, as well as the people of Brussels, and decided I was going to enjoy my trip even more now. To me, there was no other option.

Just yesterday there was a terrible terrorist attack in Lahore, Pakistan that killed 70 people. Sometimes the violence seems never-ending.

I’m no expert on international security or terrorism, and I won’t pretend to be. I do know this is a new age where social media makes tragedy a shareable commodity, and we are constantly connected to the bad things that happen all over the world. This is both good and bad, in my opinion, because while it makes us more connected and more knowledgeable, it can also make us more fearful.  With the coverage of terrorist attacks a constant, some people’s inclination will be to stay close to home, avoid travel, and hope to avoid becoming a victim of one of these heinous acts. People are wondering whether travel is safe anymore.

I can understand the inclination for self-preservation; the belief and hope that if you don’t go anywhere, if you don’t travel but stick close to home, you won’t become a victim. But the sad fact is, bad things can and will happen to all of us at some point. Tragedy can strike 3 miles from home or 3,000 miles from home (just ask my formerly mangled right leg about that one!) Wrapping yourself in metaphorical bubble wrap in order to avoid tragedy is not only pointless, but it’s a waste of the time you have here on this beautiful, wondrous spinning orb we all call home.

Your number will be up when your number’s up, and all the planning, avoiding and risk calculation won’t make a damn bit of difference if it’s your time to go. It might be a heart attack, it might be a terrorist attack, or it might be a fall down the stairs you walk down every day at work.  You can’t know. And you can’t control it, and trying to do so will eat away at the delicious life you have until there’s nothing left but crumbs.

We spend a lot of time avoiding fear, but fear is a necessary part of life and we will all feel it from time to time. How much fear you feel and how you react are both up to you. You can let the very remote possibility of terrorism deter you from being an active participant in your own life and exploring the world, or you can refuse. I fucking refuse. I will not stop traveling because of a small group of hateful, violent individuals, and I hope you won’t either.

Terrorists want to strip us of our humanity, of our natural desire to connect, learn, grow, and love. They want to steal our empathy. They want us not to trust each other, to look upon our neighbors with cynicism and suspicion, as enemies and not friends. They want us to stay at home with our doors locked, our shades drawn, terrified and hateful. They don’t want us to travel the world and connect with people across cultures because if we do, tolerance and respect grow where ignorance used to be. And they can’t have that, because then hate can’t win.

Plenty of people believe the best way to fight terrorism is with guns and bombs and armed guards. Some of these are probably necessary sometimes. But I think the best way to fight terrorism is to pack your bags. To explore and live – not fearfully, but emphatically and wholeheartedly. Get on a plane and go find new people to get to know, and let them get to know you. Discuss over wine or coffee what you have in common. Discuss your differences so you can both give and get a new perspective. Laugh uproariously with people who speak a different language. Marvel at monuments and castles with people from a country you’ve never visited. Take selfies under the Eiffel Tower with people you just met. Tell stories. Listen to stories. Be curious. Seek knowledge. Be a teacher and a student. Find out and celebrate what you have in common. Don’t fear your differences, but appreciate and learn from them.

Be an ambassador for kindness and humanity.

If your philosophy in life is “Something bad happened in X, so I’m never going to X” you may as well go ahead and lock yourself in a room now. Enjoy yourself, but I’ll be over here drinking wine with a hot Portuguese tour guide.

There may be a “travel alert” for some parts of the world right now. But I’m planning my next trip anyway. Join me.