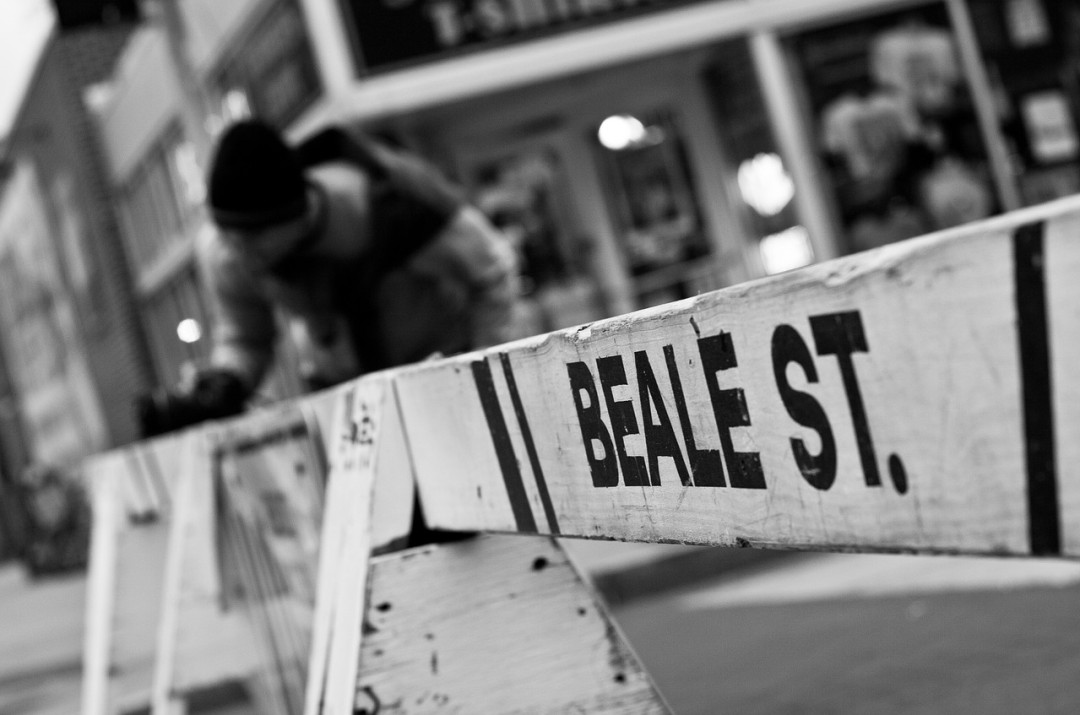 Several years ago, when I was driving back from Oxford, Mississippi to Fayetteville, Arkansas, I got the sudden urge to stop in Memphis. It was a gorgeous, October afternoon in the “Home of the Blues” and I had a roll of money I hadn’t spent while attending an Ole Miss Football game that morning.

I was heading west on Interstate 40, around the St. Jude Children’s Hospital, when I turned my Explorer off at the exit that takes you to downtown Memphis.

When you visit a city that you’re unfamiliar with, parking is vital. I parked my car on the lower level of an empty parking garage near Poplar Avenue. I didn’t know downtown Memphis, so I had no idea that I had parked blocks away from Beale Street. I had always heard stories about how fun Beale Street was with its live music and barbecue restaurants. I had two hours before the sun would start setting over the Mississippi River and Arkansas horizon, so I rushed down 14th Street to save time.

I crossed over to Front Street that runs slightly along the Riverfront. Suddenly, as I walked past an abandoned building with “For Lease” signs in its unbroken windows, I see a homeless man looking out one of the windows at me. He was African-American and he had the kindest eyes. The window he was peering out of was two stories up and there were shards of glass still outlining the windowpane. I didn’t know what to do; I thought about waving to him, but I dithered. I nodded, put my head down and kept my rushed pace.

The abandoned building was to my left; to my right, on a platform in Memphis Park, a fashion shoot was taking place. With Mud Island and the Hernando de Soto Bridge in the background, a brown haired, tall model was posing in a flowy, ruffled dress. There was a noisy wind machine helping her show off the length of the yellow dress. The photographer and his crew had four studio boom lights and an enormous shade screens; it looked as professional as a Sports Illustrated swimsuit shoot. I could hear the photographer yelling instructions at his crew and the stunning model.

My eyes darted from the surreal photo shoot back to the abandoned building. He was gone. The two things were so drastically dissimilar. I wanted to watch the shoot longer, but the sunlight was fading fast.

When I arrived on Beale Street, almost every restaurant, particularly the barbecue places, had lines out their front doors. There was one barbecue joint that I found down a narrow alleyway. The sound of blues and the appetizing smell coming from the place made me immediately get in line.

The line was really long. I kept looking at my watch and fondling the hundred dollar bill in my pocket that I just wanting to spend on a memorial meal on one of the most famous streets in the world to try barbecue.

Kansas City barbecue fans…I wrote “one of.” Simmer down.

I eventually left the line after twenty minutes. I hadn’t moved an inch and people were cutting in line by the entrance. Apparently, when it comes to barbecue in Memphis, there’s no democracy when it comes to a restaurant line. One of the guys with the group that cut in line looked an awful lot like Rob Zombie. It may’ve been the rocker and filmmaker; I didn’t get a long look. It’s probably likely Zombie’s crew had a reservation.

I walked to Dyer’s, the legendary hamburger restaurant on Beale Street, a place that is often featured on travel and American diner shows. It felt like I stepped back in time when I walked in. The restaurant has a 1950’s diner look with its checkered tiled walls, wooden booths, and steel counter tops.

I ordered two Dyer’s singles and a mountain of fries. My waiter was really pushing the house chili; so I broke down and I had a bowl. He also told me that they can pour chili on a burger as well; I thought about it for a moment, and politely said, “No thanks.” I had the best pink lemonade I’ve ever tasted in my life there. I ordered another the moment I finished my first glass.

When I was devouring my delicious bowl of chili, I remembered the man back at the abandoned building. I put my spoon down and asked my waiter for a to-go box. I noticed how dark it was getting outside as my waiter boxed up my one remaining burger and a handful of fries.

While walking back to the parking garage, the dimming sun was streaming between the skyscrapers. The photo shoot was over. There was nothing left; not any of the crew or equipment. I peered up at the second floor window of the abandoned building. I didn’t see him. I set my untouched leftovers down on the sidewalk and scanned all of the other shattered windows. I waited for a moment and I picked up the food. I walked a few yards. Then, out of the blue, I had the feeling that someone was staring at me. Without glancing around, I stopped, put the Styrofoam box back down on the payment and walked off. A box of fries and a Dyer’s burger wasn’t much, but I had the sympathetic urge to leave him something.

Driving west, across the de Soto Bridge, I wondered who the man in the window and the model on the Riverwalk were. How did those two people get to where they were that fall afternoon in Memphis?

They represented two very different sides of a city I plan on visiting again. 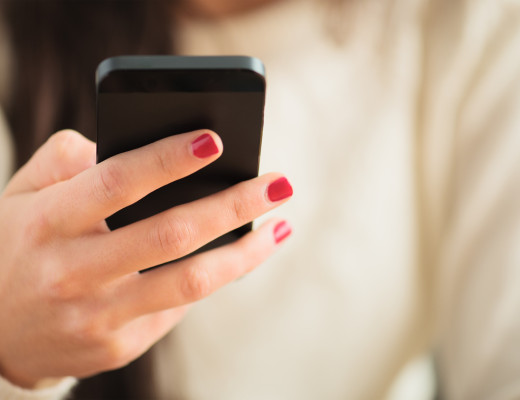 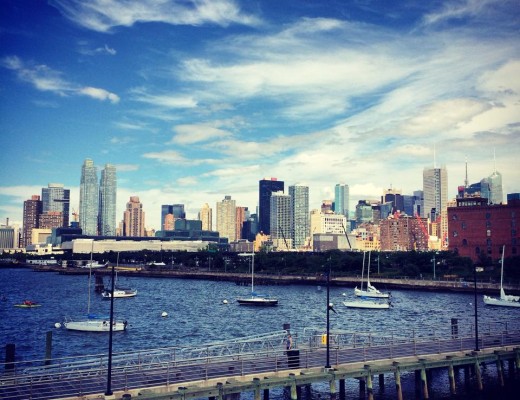