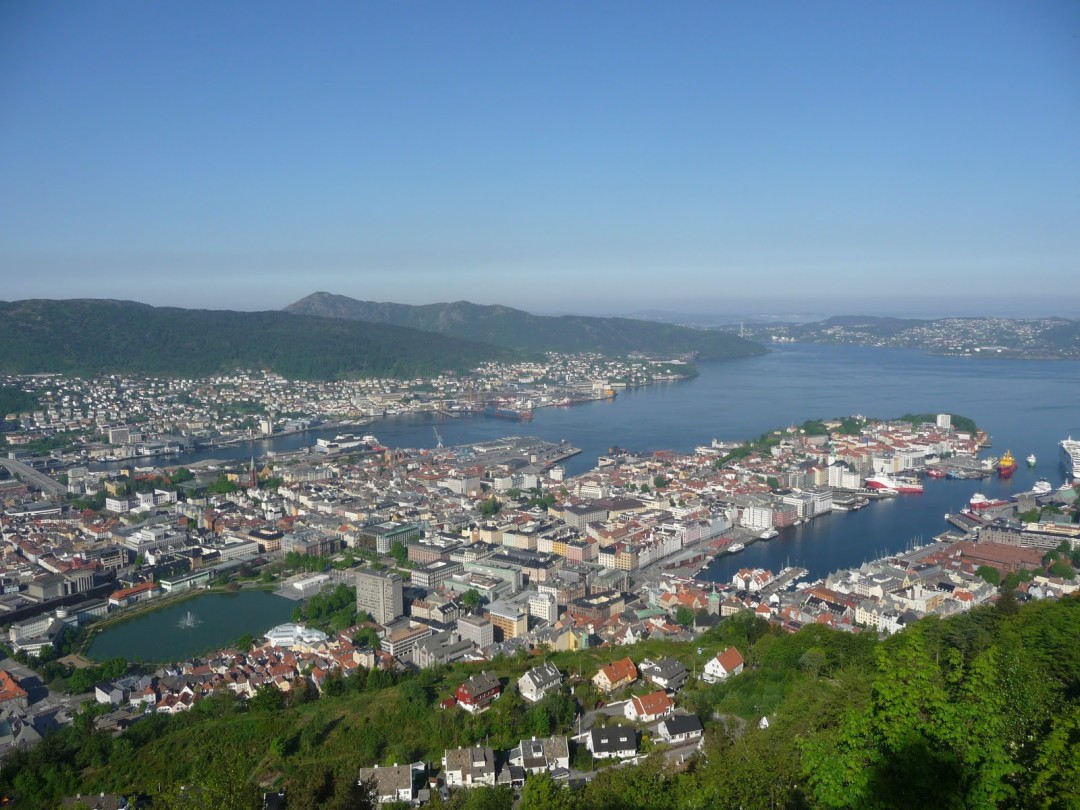 Now, I can’t claim this as my own cool travel discovery.  I have to thank my friend Lindsay (who currently lives in Oslo, Norway) and of course the fabulous Rick Steves and his articles on must-see Scandinavia.

As a quick back story, my sister and I decided to spend a couple of weeks in Norway and Germany this past May.  Our ideas of travel are similar, in that we don’t spend a lot of time sleeping and like to use trains, planes, boats, and automobiles to see as much of a country as possible.  So after an amazing time in Oslo, a few days in the FABULOUS Berlin (of which I’ll post more about at another time), we decided to head to Western Norway to see the famously beautiful (but hardly talked about) Fjord country.

The first city we visited, adorably called “Flam,” was a fantasy in and of itself and worthy of its own post, but lets get to Bergen.  We took a 5 hour ferry ride through the Fjords from Flam to Bergen, a relatively small but bustling seaside town nestled in the Norwegian fjord country.  People refer to it as the “Seattle of Norway” and the comparisons are apt. It is big enough to feel more than a village, but small enough to feel like you could become friendly with the waitresses and bartenders.  The inhabitants and visitors are young and hip, but equally there is an older crowd relaxing on vacation.

It is a popular holiday spot for Norway’s populace because of its one-of-a-kind beauty and charm.  During the summer, it stays light for around 18-20 hours a day, so you can spend the entire “evening” at a restaurant by the sea, in its busy and eventful harbor area, basking in the sun or dusk while enjoying Norwegian delicacies like salt cod, whale, or even reindeer.  The fish market, a prominent building centered in the harbor area, has live music and a multi-story open air bar where you can enjoy local brews, the smell of the sea, and a view of the slowly setting sun.

One specific (and my favorite) attraction that is worth the $20 USD: a trip up the Funicular to get an aerial view of the city – you can see the ride up and the view in the last two pictures.  It was breathtaking, and I mean that literally!

What I found most charming about the city was its old architecture, reminiscent of London or Paris, but on a smaller scale and uniquely nestled amidst a stunning natural backdrop of mountains and ocean.  It does rain often there, even more than Seattle, but we were lucky enough to be there during a rare sunny time.  There probably isn’t enough rain in the world to disenchant me with this gorgeous city.  If you ever find yourself in Norway (you should absolutely go, worth every penny) and you don’t make it to the Fjord country and Bergen, you should have your passport revoked! 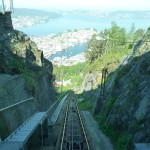 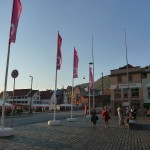 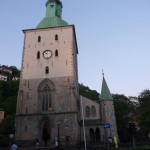 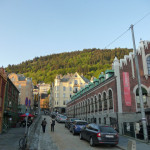 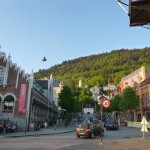 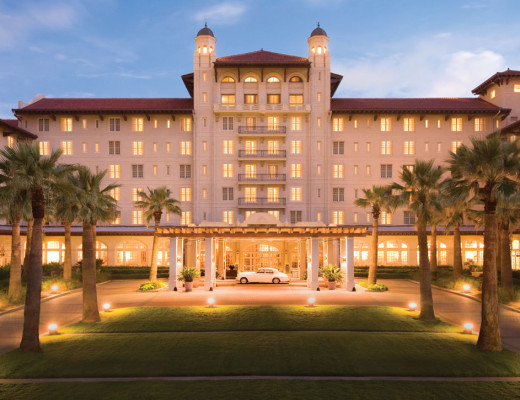 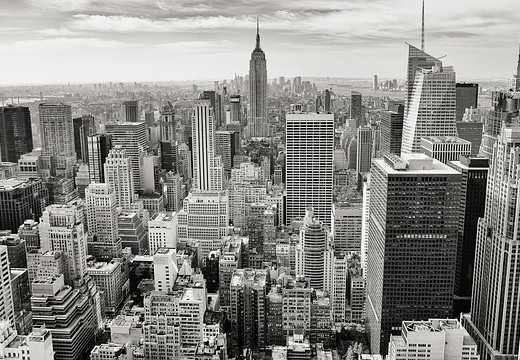